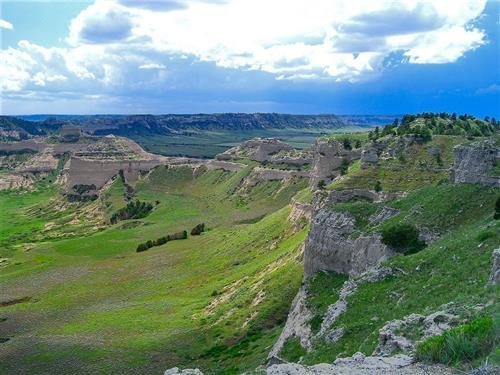 A female apparition wearing white is said to wander around the bluff's base at around midnight during the end of July or beginning of August.