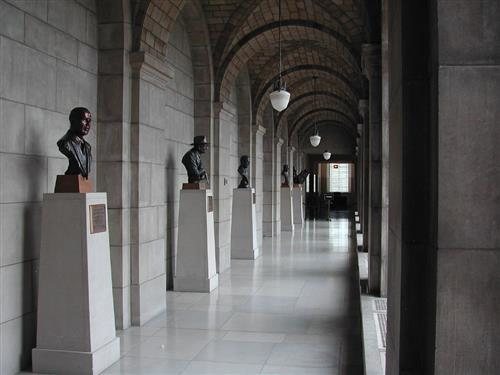 Located in Downtown Lincoln, the Nebraska State Capitol building is the home of the state's government and is believed to be haunted by an apparition of someone falling, along with crying and screaming. The ghost is thought to be either a man who had a heart attack and fell while putting up Christmas lights, a workman who fell and died while trying to change a light bulb, or a visitor who died after falling over the railing of the spiral staircase to the dome.